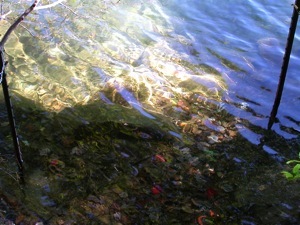 I spent my morning today reading quite a tale. It was this New York Times article titled “My Life as an Undocumented Immigrant.” I recommend you read it before you continue reading this post (though it’s no means a requirement).

Jose Vargas moved to the US at the age of 12 without knowing that he was coming here illegally. His mother had sent him here to live with his grandparents in California in effort to give him a better life, and he has on many accounts succeeded in taking advantage of the opportunities that this country offered. He has worked incredibly hard to becoming a prize-winning journalist for the Times and The Washington Post. The other side of this is that he has had to deceive a lot of people into believing he was allowed to be here via fraudulent documents. However, he believed things would sort themselves out given time, hard work and good “citizenship.” Eventually, the pressure, the anxiety and the secrecy of the whole matter became too much, which led to the writing of this article that essentially lets go of everything and enables others to decide his fate, if you will.

While the article was undoubtedly revealing of the type of person an undocumented immigrant can be, it was probably more revealing of the character of some people who are 4th, 5th, 6th generation immigrants. I knew diving into the comments that people would either be supportive of Mr. Vargas and encourage his life here or tell him to leave the country. There are plenty of both. But for the people who are criticizing his actions, I have to wonder whether they would be able to face the kinds of decisions he had to make and burden the pressure he felt.

I classify as a 1.5-generation immigrant. I came to the US with my parents when I was relatively young. They filled out all the legal documents, they applied for a green card and then for citizenship, took all the exams, paid all the fees and did everything they were supposed to do. I tagged along as well, going to finger-printing sessions, meetings and the oath ceremony. This whole process took almost a decade. It is by no means easy, so I empathize with people who argue how unfair it is how legal immigrants have to go through all this work to become an American.

But I also empathize with people with whom my family shares motives and values  – the people who will leave everything behind in order to gain freedom and better opportunities. In that sense, I side with Mr. Vargas, because I absolutely understand his perspective. He has worked incredibly hard, paid taxes, reached for career goals and become essentially what an American should be. If I remember correctly, the US was formed with people who had similar aspirations of success. Those people were sincere individuals who wanted nothing but the best for their new country. He doesn’t belong in The Philippines where his mother is from, as he says he barely remembers it. Once you come to a country at a certain age and reside here, you can’t and will not want to go back. Your whole life is here, your community is here and your future, in your heart, will be here too.

To those to say it doesn’t matter what success he’s achieved, how much he’s persevered or how he American he feels, that he is just an illegal alien, I ask that you imagine yourself in his place. Because what would you have really done?